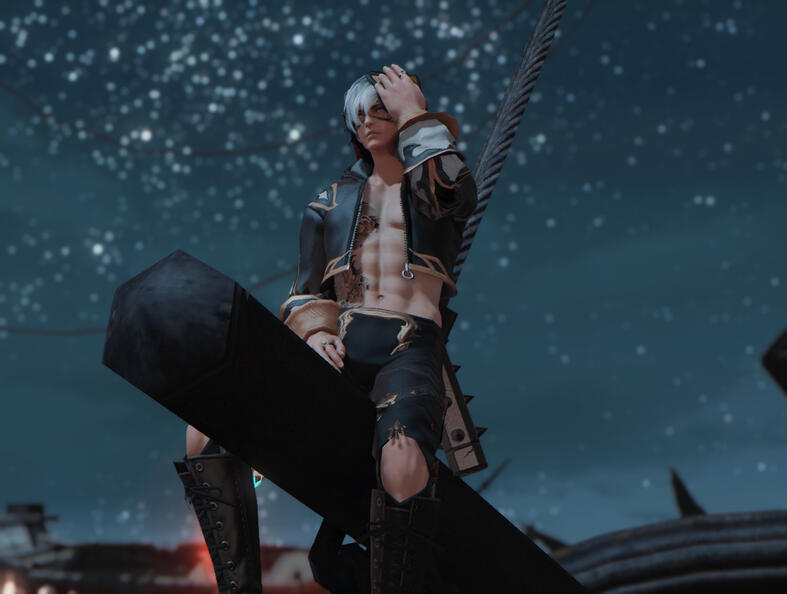 Haku came from an old band of pirates and lived as the captain of the group when they disbanded. Never would they consider themselves as budget bandits. They worked as friends that held onto their past and created a network of mercenaries that worked to make a living. Clearly they were not at home on the seas as much as they wanted, but they still indulged in their fun and regarded Haku as someone they respected very much. The history of their endeavors was forgotten from all of Lominsan history, but it still lived on fresh and rich of the times they spent together. As many know, the idea of pirates faded fast when the new admiral took their place, drastically changing the course of history. Though the reminder that they existed was plastered all across the city state, the culture, the lives lost, the sea wolves connotation on Limsa's proud flag. Haku spent his entire life growing around pirates, living as they did on the lowest of the low and growing into great riches in days that they scored more than they asked for. The cheap booze and drugs, the respect and the sex, it was all he knew and continued to know everyday. He was just as much blessed by the goddess of navigation, Llymlaen as any other native in La Noscea.
_
Currently, he recites the same routine and cycle, going through jobs and earning enough enough gil to make it through day to day life. His personality comes through as flirtatious even if his intentions are empty. He never one to be weary when it comes to the idea of new connections and is willing to build a network. Romance is not off the shelf but he is more used to loose relationships and prefers poly if even considering the idea of a romantic long term relationship. 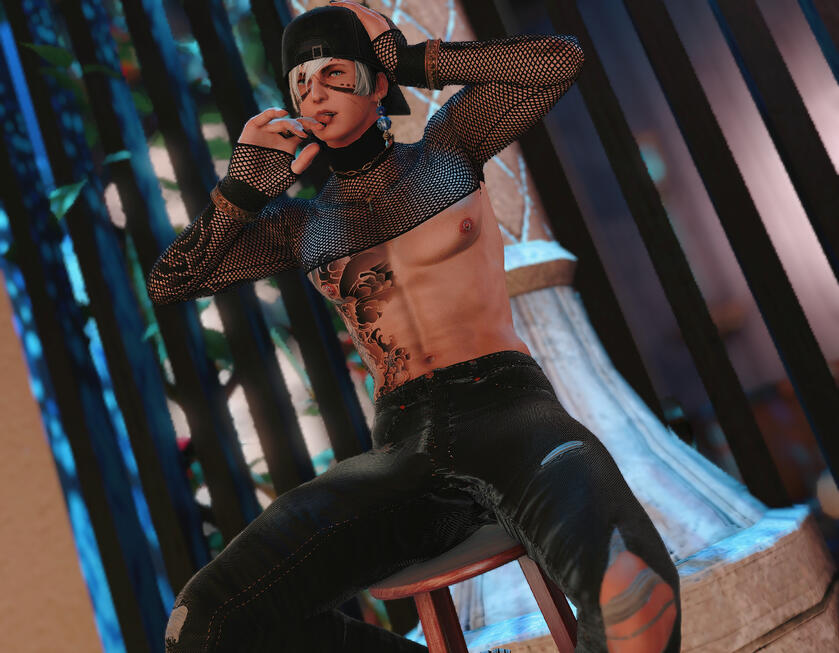 Hello! Preference for writing partners is 18+ please! I am open to all types of rp, including erp. I will include a link to Haku's kinklist for those that are interested in that aspect. I am down to write in game or through discord at Haku Devore#2858. I love making character connections and writing with new people, so please don't hesitate. I am male ooc just like Haku if you were curious! I am typically down to write any time of the day that I am on or throughout the day, preference towards the afternoon into the evening on discord. If you have any questions please ask!

No lalas, but any other race is welcome regardless of gender for nsfw interactions. Haku is switch so he can play pretty much most roles but I would give the kinklist a look!